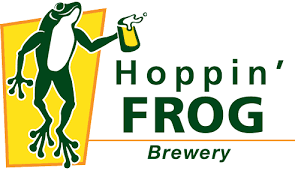 We return for season 2 of Pint Talking. In the first episode of the new season Bird and I discuss trends that are expected to continue in 2021 as well as talking about how Facebook is full of angry people looking to argue all the time. I declare that I may very will give up on Facebook entirely in the coming weeks, and Bird declares that NEIPA's are his most favorite style of beer ever. In this weeks interview I sit down with Fred Karm who is the founder and brew master at Hoppin' Frog Brewery in Akron Ohio. Fred discusses the brewing scene in Akron in 2006 when Hoppin Frog was formed. In another unique story Fred tells me about how Peanut Butter Hazelnut Caramel Chocolate Cake Stout won a gold medal at a beer contest in Belgium which is of course strange since they are so heavily steeped in tradition.